The new study by the Energy Watch Group and LUT University is the first of its kind to outline a 1.5°C scenario with a cost-effective, cross-sectoral, technology-rich global 100% renewable energy system that does not build on negative CO2 emission technologies. The scientific modelling study simulates a total global energy transition in the electricity, heat, transport and desalination sectors by 2050. It is based on four and a half years of research and analysis of data collection, as well as technical and financial modelling by 14 scientists. This proves that the transition to 100% renewable energy is economically competitive with the current fossil and nuclear-based system, and could reduce greenhouse gas emissions in the energy system to zero even before 2050.

“The report confirms that a transition to 100% renewables is possible across all sectors, and is no longer more expensive than the current energy system,” said Hans-Josef Fell, former Member of the German Parliament and President of the Energy Watch Group, in advance of the publication. “It shows that the whole world can make the transition to a zero emission energy system. That is why all political powers around the world can and should do much more to protect our climate than they currently envision.” Thanks to the developed model and the extensive existing database, EWG and LUT can now also develop national roadmaps for the transition to 100% renewables, tailored precisely for the individual countries’ respective context, Fell added. Read more. 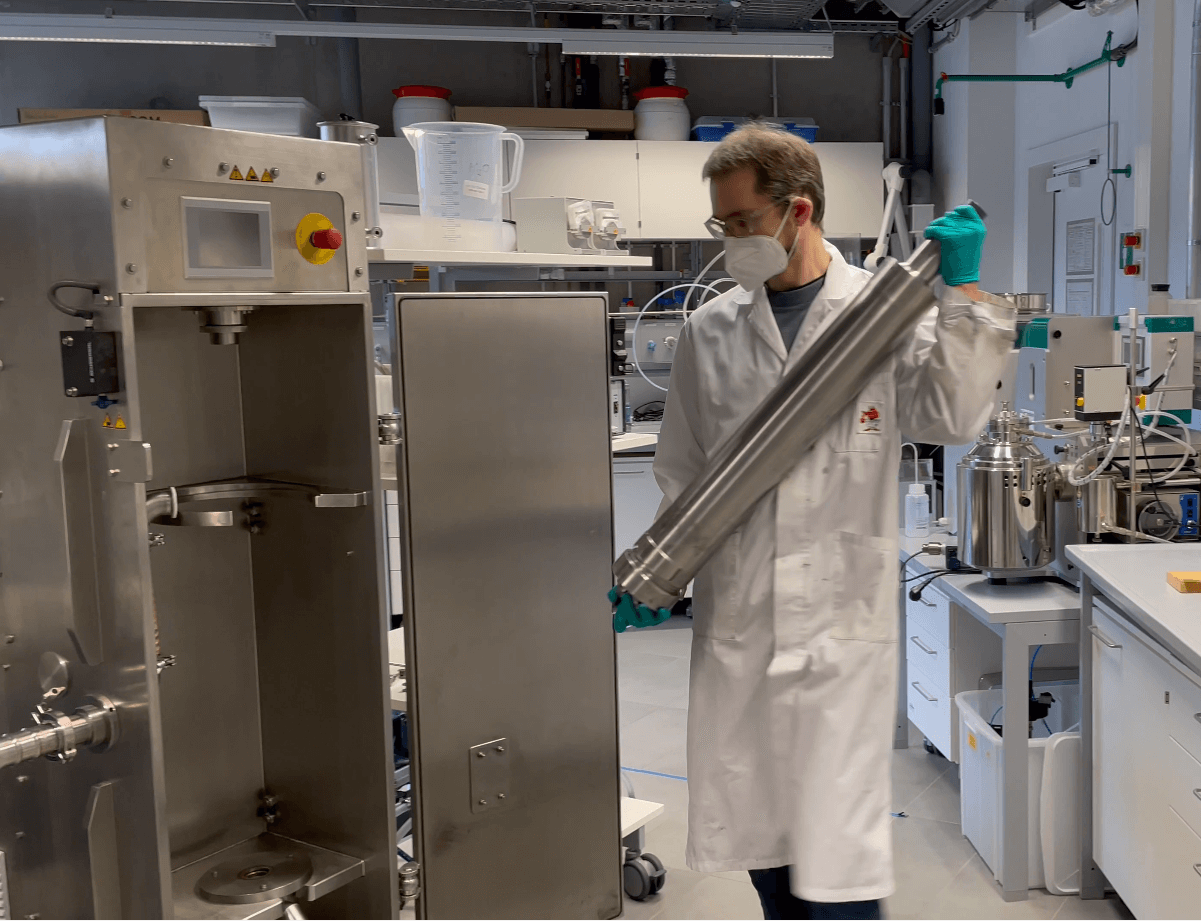 Lab exchange: “transfer of lab-scale syntheses to a larger scale”

This website uses cookies to improve your experience while you navigate through the website. Out of these, the cookies that are categorized as necessary are stored on your browser as they are essential for the working of basic functionalities of the website. We also use third-party cookies that help us analyze and understand how you use this website. These cookies will be stored in your browser only with your consent. You also have the option to opt-out of these cookies. But opting out of some of these cookies may affect your browsing experience.
Necessary Always Enabled
Necessary cookies are absolutely essential for the website to function properly. These cookies ensure basic functionalities and security features of the website, anonymously.
Functional
Functional cookies help to perform certain functionalities like sharing the content of the website on social media platforms, collect feedbacks, and other third-party features.
Performance
Performance cookies are used to understand and analyze the key performance indexes of the website which helps in delivering a better user experience for the visitors.
Analytics
Analytical cookies are used to understand how visitors interact with the website. These cookies help provide information on metrics the number of visitors, bounce rate, traffic source, etc.
Advertisement
Advertisement cookies are used to provide visitors with relevant ads and marketing campaigns. These cookies track visitors across websites and collect information to provide customized ads.
Others
Other uncategorized cookies are those that are being analyzed and have not been classified into a category as yet.
SAVE & ACCEPT
Powered by